1.1. The Society of  “Germany Azerbaijan Medical Cooperation Association” (which will be called The Unity in further) is a non-governmental organization that encompasses the territory of Azerbaijan Republic and is connected by common interests, created on the basis of voluntariness and the equality of members’ rights, doesn’t imply acquiring income from its activity or dividing the income between members.

1.2. The Unity materializes its activity according to the “Law about non-governmental organizations” of Constitution of Azerbaijan Republic, other standard legal acts and these Statutes.

1.3. Since the Unity has registered at the Ministry of Justice, it has acquired the status of juridical person. The unity has independent balance, stamp with its name, settlement account in Banks of Azerbaijan and other properties.

2. The purposes and duties of the Unity.

2.1. The main purpose of the Unity is to promote the development of cooperation between Azerbaijani and German doctors.

2.2. To reach this purpose the Unity performs following duties:

2.3. To performs this duties the Unity:

- independently spreads information about its purposes and activity, sets up publications according to legislation;

2.4. The Unity provides registration of members within 30 days after governmental registration.

2.5. The unity is not allowed to take part at President, Parliament and municipality elections.

3. The rights of the Unity.

The unity has following rights:

- to conclude acts on its own behalf, to obtain proprietary and personal rights, to perform duties, to stand out as prosecutor or defendant;

- to independently spread information about its activity;

- to create branches and offices on the territory Azerbaijan Republic or abroad;

- to establish accounts and perform payments in banks;

- to have independent balance, stamp and other properties;

- to perform proprietary activity that is not forbidden by legislation or statements in Statutes;

- to use other rights provided by legislation.

4. The property of the unity and its financing activities.

4.1. The Unity can have buildings, constructions, apartments, devices, inventory, money resources, safety stock, other capital and statutory property to realize its activity, specified by this Statute.

4.2. The Unity is in charge for its duties with its properties. This property can be assigned only according to legislation of Azerbaijan Republic.

4.3. Resources for the formation of the Unity’s property in the form of money or other are followings:

- nonrecurring or recurrent membership payments of founders and members;

- voluntary investments of local and international institutions and citizens;

- dividends and profits from safety stock and capital;

- profits gained from using or sailing own property;

- profits gained from exhibitions and concerts;

4.4. Members of the Unity don’t have any right over objects of its property.

4.5. The Unity has rights of property, use and decree over its property corresponding to the Unity’s purposes according to legislation of Azerbaijan Republic.

4.6. Investments that were transferred to the Unity’s account cannot be spend for other purposes.

4.7. The Unity is not allowed to administer pecuniary aid or other help.

4.8. The Unity makes financial, statistic and other reports according to legislation and present them to the governmental bodies.

5. The Founders and members of the Unity, their rights and duties.

5.1. Juridical persons (except governmental authorities and local autonomous bodies) or physical persons above 18 years can be founders of the unity.

5.2. The founders have equal rights. Relations between founders, their rights and duties are defined by legislation or contracts, concluded between them, or by these Statutes.

5.3. Every person who has medical education and other physical and juridical persons except governmental authorities and local autonomous bodies) can be a member of the Unity.

5.4. Enrolment of members to the Unity is performed by managing membership.

5.6. The members of the Unity have equal rights, which are followings:

- to take part at management of organization according to this Statutes and other documents;

- to elect a member for administrative position or to be represented at this position;

- to take part at activities and events of the Unity;

- to get information and to control administrators’ work;

- to ask the Unity to defend their interests;

- to take part at discussions considering their rights and duties, to object or to complain;

5.7. A member of the Unity can represent it or make statements in the name of the Unity only from permission of appropriate authority.

5.8. Members of the Unity have following duties:

- to perform the decisions of authorities;

- to perform requirements of Statutes;

- to take part at events of the Unity;

5.10. Membership can be cancelled if:

- a member voluntarily wants to leave the unity;

- a member is excluded from the Unity;

5.11. A member can be excluded from the Unity in following situations:

- if a member’s behavior spoils the Unity’s reputation;

- if a member regularly doesn’t take part at the Unity’s events;

- if a member behaves in inappropriate way to the purposes of the Unity;

5.12. A member can be excluded from the unity with decision of Managing team.

5.13. A member can complain about this decision to the supreme governing body of the Unity or to the court.

6. Organizational structure and governing bodies of the Unity.

6.1. The supreme body is a meeting which is held at least once a year.

6.2. The meeting can be gathered from an initiative of one of founders or one third of members.

6.3. Members should be informed about the meeting two weeks before.

6.4. Competence of the meeting includes:

- acceptance of statutes and making changes in it;

- formation of the Unity’s property and definition of principles of its use;

- creation of managing body and  untimely stoppage of its work;

- taking part at other organizations;

- reorganization or cancellation of the Unity;

- listening to reports of heads of executive body;

6.5. The Meeting is considered as competent if more than half of members take part at it.

6.6. Decisions are being made by simple voting. Every member has one vote. There should be two third of votes to make a decision about changes and additions to Statutes or reorganization or cancellation of the Unity.

6.7. Current administration of the Unity is performed by Managing team.

6.8. Executive power is a managing team, consisting of co-chairs, deputies and other members of the Unity.

6.9. Managing team is a collective executive power, which has following authorities:

- to accept or release a member from the Unity;

- to suggest proposals and projects;

- to open branches and offices

- to solve all problems which are out of concern of other managing bodies;

6.10. Managing team is considered as competent if more than half of participants take part and decisions are made by simple voting.

6.11. Chairman, deputies and other members of Managing team are elected by the Unity for two years.

- represents the Unity, conclude contracts, provides power of attorney in the name of it, organizes implement of decisions made by the Unity and managing team;

- performs other duties, assigned him by the Unity and Statutes;

6.13. Control-revision (CRC) commission controls the activity of authorities and members of the Unity and its financial activity. The number of members of CRC is defined by Congress. It’s competent for two ears. Decisions are made by voting.

6.14. CRC should examine applications from the Unity’s bodies and members and should answer them during one month.

7. Putting an end to existence of the Unity.

8.1. Problems, which are not covered in these Statutes are regulated by legislation.

8.2. If statutes contradict legislation, provisions of legislation will be applied. 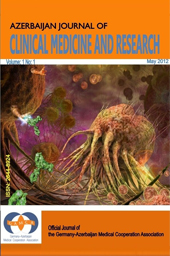